The Bay Area's Vigilante And The Beginning to a Start

Based on the novel series, Blaxpride is in development! 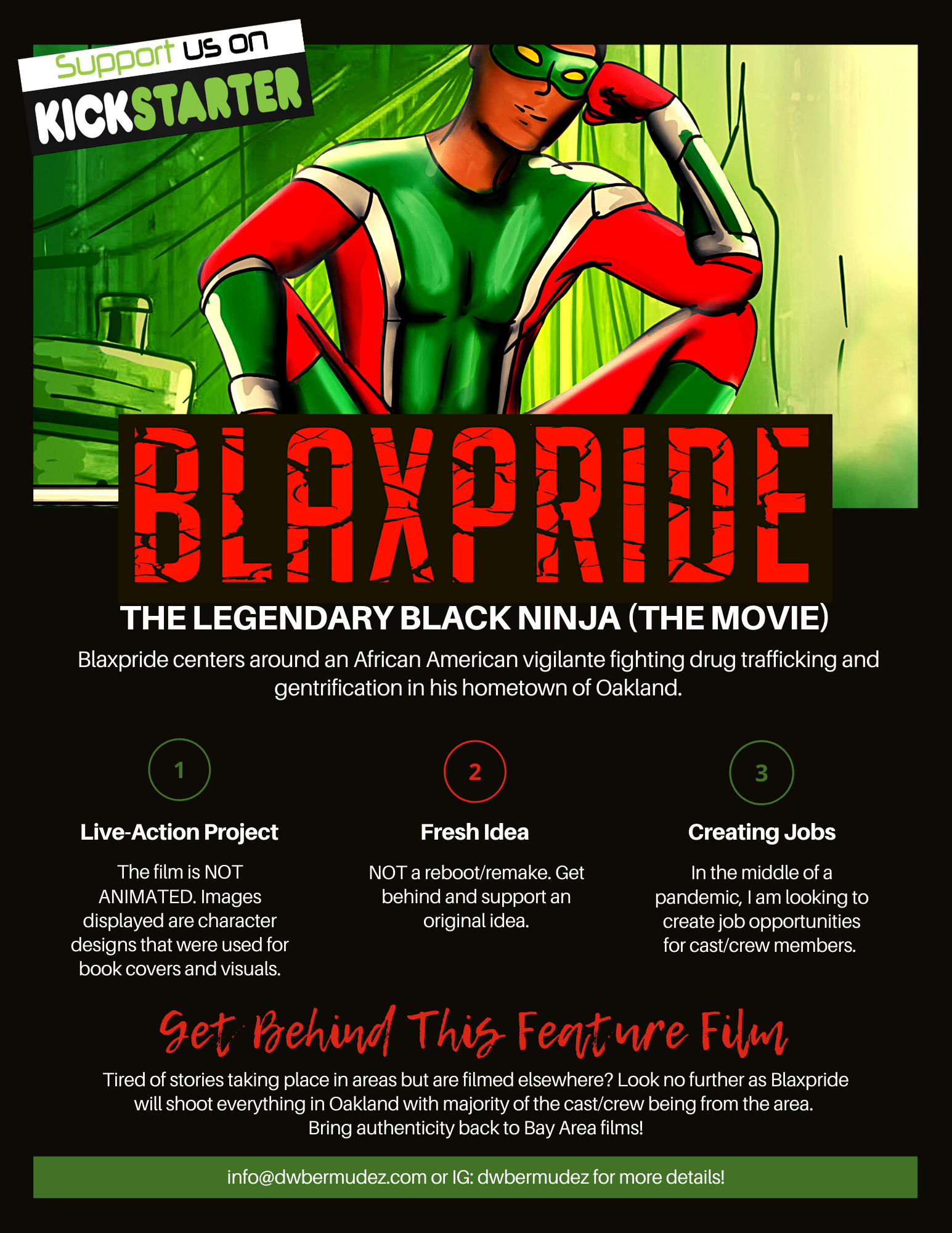 After returning home to a father who sent him away, an African American man begins to fight crime as a vigilante in Oakland as a deadly new drug wreaks havoc on the city’s citizens.

Stefan Kapicic is known for his work through Eastern Europe and USA. He is adept in both comedy and drama and has played everything from a comedic stoner to a ruthless drug lord to a heartbreaking Savant. In his career he played more than 80 roles on film, television and theater. Stefan played iconic X-Men character "Colossus" in 2016 highest R-rated movie of all time "Deadpool" and "Deadpool 2". His recent work was in award winning show "Better Call Saul" for "AMC", Netflix hit show "Love, Death and Robots" and in a legendary record breaking video game "Call of Duty: Modern Warfare 2019".

Mark Rhino Smith was born in London however he has a hugely colorful heritage - Jamaican, Cherokee Indian, Ghanian, White and Chinese. This mix along with his Green eyes has given him a very distinctive look. Mark first catapulted onto our screens as Rhino in the massive ITV series, Gladiators where he reigned for five years. Mark has gone on to appear in many films and TV dramas. His film work includes the blockbuster Batman Begins directed by Christopher Nolan for Warners Bros. Argo (2012) as the Evil Villain, Pirates of the Caribbean 4 and CREED in the corner of the opponent to Michael B. Jordan.

Born in Rochester, New York, UFC Hall of Famer Frank Trigg was one of seven children. Growing up in a home with seven brothers, money was tight. That's how Trigg discovered grappling. Naturally, with so many boys in the household, sibling rivalry was rampant, particularly when it came to athletics. Excelling in sports was a highly revered goal, and Trigg's natural athleticism made people take notice. Trigg developed an early interest in martial arts. However, over the last decade, Frank has taken up acting and has appeared in various shows and films such as 21 Bridges, Shameless and Kingdom.

Seiya Matsudo discovered his passion for acting while he was on a student exchange to Cedar Rapids Iowa US in his young age. Wanting ways to express his unique perspective with others, he found himself into acting. In the short time since then, the young man has reached many milestones on his journey. he quickly landed on popular network shows such as CW's The Flash as The Yakuza Leader. Not one to be easily satisfied however, he strives to be an internationally recognized actor. Continues to live by, and shares his perspectives on hard work, positivity, and a desire to grow ones craft.

Former U.S. National Judo Champion Jimmy Taenaka was born in Fort Ord, California, USA as James Katsuyuki Taenaka. He is known for his work on The Man from Beijing (2011), Dead Mine (2012) and Kung Fu Killer (2008).

Let’s make something together !